The sole survivor of the the IRA’s Kingsmill massacre has accused the Irish Government of hypocrisy and of “speaking out of both sides of its mouth” over its attitude to the legacy of the conflict in the North. Alan Black said the Government had spoken out last month against the British government’s decision to “draw a line” under the past by halting all investigations, yet it had itself failed to co-operate with the inquest into the 1976 sectarian atrocity that nearly cost him his life. Ten men died in a hail of gunfire after the IRA ambushed their work minibus along a South Armagh roadside. No one was ever convicted of their murders. 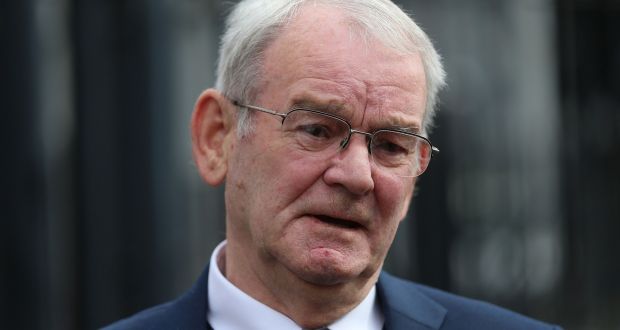 Alan Black, the sole survivor of a sectarian massacre in 1976 near the Co Armagh village of Kingsmill: concludes the authorities both sides of the Border must be protecting security force agents and ‘can’t allow their dirty tricks to be found out’. Photograph: Niall Carson/PA Wire

“It would suit the Irish Government down to the ground if the British go ahead with this,” he told me. Mr Black said he had been forced to conclude that the authorities on both sides of the Border must be protecting security force agents and that they “can’t allow their dirty tricks to be found out”. These are shocking allegations and the Government must address them, coming as they do from a man of integrity.

They come hard on the heels of a ruling in Belfast’s high court that there was plausible evidence that the 1998 Omagh bombing carried out by the Real IRA could have been prevented. Mr Justice Mark Horner recommended that both the Irish and British governments should undertake human rights-compliant investigations into that atrocity, in which 29 people died, given “the consideration of terrorist activity on both sides of the Border”. Several republican gunmen are believed to have been involved in both of the massacres, spanning 22 years, as well as in dozens of other killings. They include Michael McKevitt who was a senior figure in the IRA and then, having rejected the peace process, went on to found the Real IRA. He died earlier this year.

(read the full article at the Irish Times)