(Susan McKay for The Guardian) 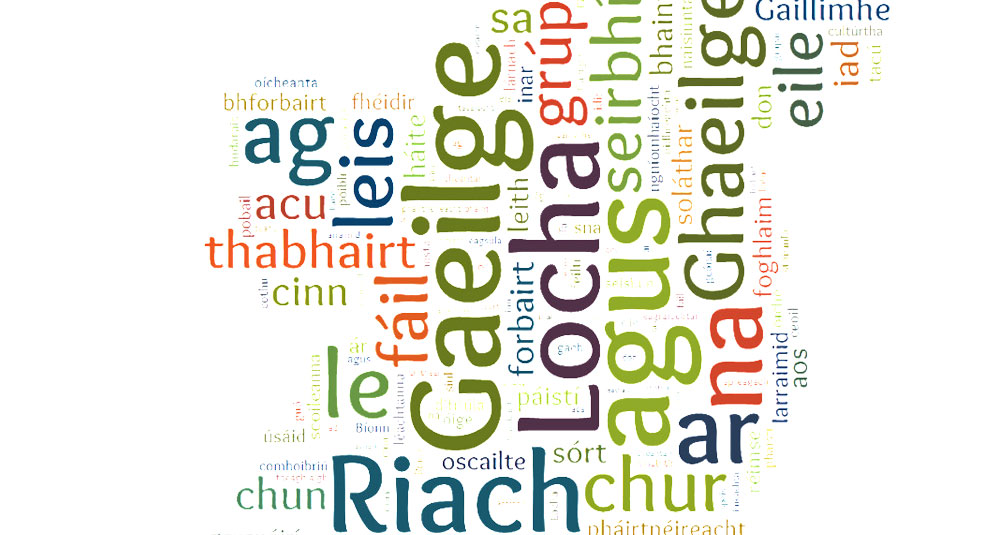 The hard men of Ulster loyalism are adept at spotting Trojan horses. Belfast’s first Irish-language preschool, planned to open in September, wouldn’t get past them without a fight. This weekend, as the school announced it would look for another location, they celebrated victory over Irish republican insurgents disguised as tiny two- and three-year-old children. After the incursion was abandoned, one of the leaders of the rout addressed “the loyal residents” of the area via a social media post: “STAY STRONG AND PROUD … THE DAYS OF LOYALISTS QUIETLY ROLLING OVER, FOR THE SAKE OF PEACE AT ANY PRICE … ARE OVER.” It was, in reality, a disgraceful episode of intimidation led by a few paranoid and sectarian individuals against a lovely, educational and life-enhancing project for 16 preschool children.

It is a mark of the current dysfunctional volatility within unionist politics in Northern Ireland that this crazed campaign gained enough traction to convince those behind the project to look for premises elsewhere. These situations can escalate. In 2001 loyalists in another part of Belfast hurled abuse and bags of urine at small children and their parents on their way into school during what became known as the Holy Cross dispute. The cause? The alleged taking down of a flag.

In Northern Ireland’s largely segregated education system, Irish is taught in Catholic schools and not taught in Protestant ones. The naíscoil – nursery school – was all set to start up in September. It would sit in a spare prefab on the corner of the playground at the big redbrick primary school in the heart of the Braniel housing estate. It was set up by a committee established by a group of parents and supported by the education authorities. One of the instigators is Linda Ervine, a brilliant educationist who has run Irish language classes for adults in mainly working-class Protestant areas for several years now. She works for an organisation called Turas, which also teaches about how Irish was an intrinsic part of Protestant identity until recent years. Ervine lives in east Belfast.

The idea of Naíscoil na Seolta was to provide a religiously and ethnically integrated group of toddlers access to the Irish language through the medium of play. Funds had been raised, teachers appointed, walls brightly painted, toys propped up on shelves, tiny sofas and chairs installed. But as excitement built, those opposed to the project were launching a campaign to have it stopped. They set up social media accounts, circulated a petition and put up posters in the area, in which Ervine’s face is superimposed so that she appears to be standing among Sinn Féin leaders as an election candidate. Keyboard warriors piled in claiming that the community was concerned and “key stakeholders” should have been consulted about this contentious and “devious imposition”.

The head teacher at Braniel primary school, Diane Dawson, a vibrant woman with spiky blond hair, has been a champion for the project. When approached, she gladly rented out the prefab, which is owned by the education authority. She is passionate about the way multilingualism improves learning skills in the very young. Her unionism is not in doubt. She grew up in the minority Protestant community in South Armagh, marched in Orange Order parades, taught the flute to members of the Redrock Purple Heroes band, and while her politics have changed somewhat she still loves the boom of a Lambeg drum. She spoke out on BBC Radio Ulster. No word of Irish spoken in her school, she declared, posed any threat to her identity. Just two parents had expressed concern to her about the naíscoil. The petition which purported to represent the opposition of local residents was, she pointed out, signed by people from all over the United Kingdom.

She told me that “Braniel” comes from the Irish and means “bright slope of the O’Neill”, and that the red hand of Ulster, which is now the adopted symbol of loyalism, originated with the Irish chieftain. Her school has nearly 500 students. She has already introduced Irish along with Spanish and sign language as part of her post-Covid recovery curriculum, and parents and children are overwhelmingly delighted. There is also a short course in Ulster Scots – short, Dawson pointed out, because it is not really a language. She showed me emails and messages from parents backing her stand, which also has the full support of her board of governors. She showed me inside the prefab. There had already been an induction day and a whiteboard had Irish words on it. They were, in English, “children together”, “I am at school”, “happy” and “An Ghaeilge” – the Irish language.