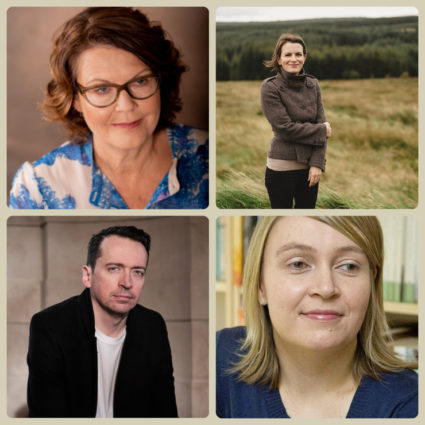 Join Homeplace for a celebration of great writing with three great writers from the North-West who will discuss their work and the nature of literature in Northern Ireland today, with Susan McKay, Darran Anderson and Michelle Gallen

Susan McKay is a writer and journalist from Derry. Her latest book Northern Protestants – On Shifting Ground was published in June and went straight into the bestsellers lists. It was described in the Irish Times as “vital reading”. Northern Protestants – An Unsettled People first published in 2000 has also been re-issued by Blackstaff. Her other books include Bear in Mind These Dead (Faber, 2007). Susan’s journalism appears in the New York Times, the London Review of Books, the Guardian and the Irish Times. Her work has received many awards.

Michelle Gallen grew up in Northern Ireland during the Troubles a few miles from the border. She studied English Literature at Trinity College Dublin and Publishing at Stirling University. Her debut novel, Big Girl, Small Town was shortlisted for the Costa First Novel Award, an Irish Book Award, the Comedy Women in Print Award and Kate O’Brien Award. It was longlisted for the RSL Ondaatje prize.

Darran Anderson is the author of the acclaimed Inventory, released this year and recently The Observer’s ‘Book of the Week’, and Imaginary Cities, chosen as a best book of 2015 by the Financial Times, The Guardian, the A.V. Club, and other publications. His writing has appeared in publications such as The Atlantic, The TLS, Frieze and Wired. He has given talks at the likes of the V&A, the London School of Economics, Melbourne’s Robin Boyd Foundation, and the Venice Biennale.

Tickets for the event can be purchased here